Why the change in PAISD meeting date?

The difference between facts and opinions

This letter is in response to Mr. Rich Macke’s letter published on July 12th in the Port Arthur News.  Most of Mr. Macke’s article refers to moving our city forward. I don’t agree with some of his articles because they are somewhat opinionated (his). I rather the facts so I can decide for myself. They show a lack of time spent researching the information which is the reason there’s not much to support the articles or sources where the information can be found, resulting in them being more of an opinion. They are sometimes bias. I can sit here and bore you with my opinion of Mr. Macke, as he did to me, but that will not move our city forward. So, I’ll simply take a few moments of your time and help Mr. Macke by providing you with some facts to his opinion of me for you to consider, if you are truly sincere ( as I am) in moving our city forward. Let’s address his article.

Mr. Macke basically said I don’t get along with people who don’t have the same opinion as I do. Well, I served our country Honorably for thirty (30) years and retired as a Command Sergeant Major. Approximately ten (10) years as a CSM. My responsibilities included; looking out for the welfare of soldiers and their families. Advising commanders on all matters pertaining to the soldiers and the operations of the unit. I would not have achieved that rank and entrusted those responsibilities if I could not work well with others and respect the opinions of others. As a successful leader, it was mandatory for one to be able to communicate effectively with superior and subordinates in order to accomplish given tasks and missions. Given those facts I’m sure the citizens can decide whether I can or cannot work with someone whose opinion differ from mine.

Mr. Macke also wrote another article, in which he stated I was not the person who can move the city forward, but there is a young dynamic councilmember who he feels is the right person to move the city forward. Well, lets add in some facts to this article. I served 30 years in the U.S. Army. Retired as a Command Sergeant Major and immediately returned to MY hometown. After ten years, I began to question why I returned to a city moving backward. Rather than do like many others, not care, don’t vote, just complain, or just pack all my belongings and leave town, I decided to get involved and make a difference. I served on the city’s Construction and Adjustment Board of Appeals for SIX years and never missed one scheduled meeting. I served as city Councilman for district 4 for TWO years and never missed one scheduled meeting. I’m currently serving on the city’s Economic Development Corporation Board and as always have not missed a scheduled meeting. I know of no other member on any board or council (whom I served or is serving with) who has never missed a scheduled meeting. I have always conducted myself professionally, never disrespected my peers, or disrupted a meeting. While serving as a councilman, I did not accept the SALARY, CAR ALLOWANCE,or INSURANCE BENEFITS paid with taxpayers dollars. I serve to make a difference not for pay and benefits. I’ve been  doing a program every week on the Breeze Radio Station titled “ It’s Your City” for over two years. This programs deals with issues we are facing here in OUR city. It’s purpose is to inform citizen rather than influence them. I’m financially sound. My integrity is unquestionable. I’m honest. I will Never make a decision or be influenced to make a decision that is not in the best interest of ALL citizens and the city of Port Arthur.

I am not perfect and I don’t mind constructive criticism, but I refuse to allow Mr. Macke or anyone to write any negative opinion about me, without justification and I not respond. Mr. Macke is always talking about moving the city forward, electing the right people, not having negative campaigning. Well, I totally agree. So, why is he writing articles, stating his and a few others opinions pertaining to the next mayoral race that has a negative impact on my character and I haven’t even announced, formally, that I plan to run? Is that the way to move the city forward? I can give more facts about the young dynamic councilman he referred to, but I’ ll rather wait to see if Mr. Macke decides to give you the facts about him as I have done on me. Experience and knowledge will be needed in order to move OUR city forward. I’ve never entered a popularity race because they are based on liking as opposed to ability. It’s not about me, it’s about OUR city and if we don’t have solutions, maybe it’s best we just keep quiet.  The moral of this letter is, PEOPLE can make better choices when given FACTS as a opposed to OPINIONS. ONE can make a point without making unsupported statements. I can produce material to support anything I have written in this letter. This is not an opinion or attack on anyone character. If, there are FACTS about me that are not good for a person planning to run for mayor, I feel strongly that the voters should know. That’s not dirty politics, that keeping the voters informed. The better the voter are informed on candidates the better chances they have on selecting the right candidates. This city will have better leaders and ONLY then will Our city move forward. 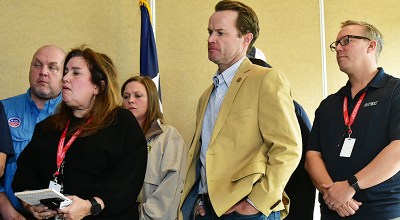 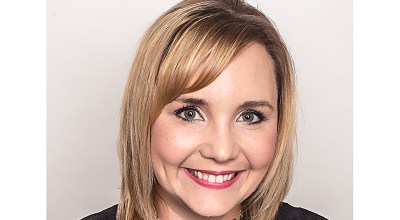