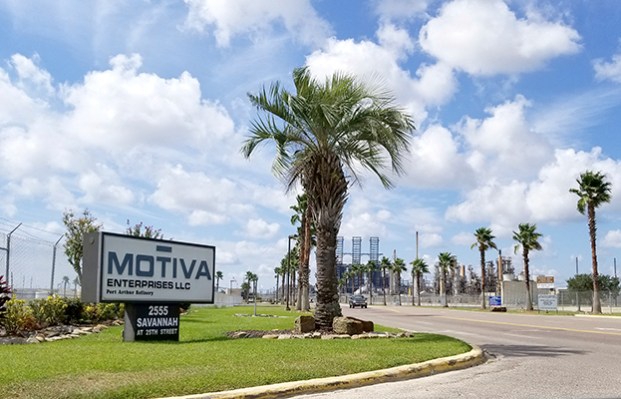 After Harvey struck the Port Arthur area, Motiva temporarily shut down its refinery. The company said it was a “safe and controlled shutdown” but did not detail how or if its refinery was damaged in the storm.

Meanwhile, the previously announced expansion would include a $12 billion initial investment by Saudi Aramco and up to $30 billion by 2023 in the company’s Unites States holdings. The Motiva Port Arthur refinery is already the largest in the United States and would grow larger as a result of the investment.

In a statement, the company said it will continue with plans for expansion.

“While our attention the past few weeks has been on storm recovery efforts, Motiva’s growth ambitions have not changed since our May 25 announcement,” the company said. “We continue to explore opportunities in locations where we currently operate as well as new ones to increase refining capacity, branch into chemicals, and expand our commercial operations, marketing and branded presence over the next five years.”

The company said it couldn’t elaborate further on the expansion plans.

Motiva Enterprises is a subsidiary of Saudi Aramco, the state-owned oil company of Saudi Arabia. Several thousand short- and long-term jobs are expected to be created at the Port Arthur refinery.

In a 2012 expansion, the refinery increased its capacity to about 600,000 barrels per day.

Port Arthur Economic Development CEO Floyd Batiste said he expects Motiva and other industrial expansions to continue unabated primarily because the resulting products will serve an international market. In addition to Motiva, other future business expansions include Total Petrochemicals and Golden Pass, which plans to export liquid natural gas.

“I think it’s difficult to find the workforce that can do all of those things in one location,” Batiste said. “The industry has been here many years. We’ve grown an excellent workforce.”

“During the time between the storm’s arrival and the refinery’s start-up, dedicated employees were hard at work – either readying the refinery to restart operations or volunteering their time to aid their fellow co-workers and neighbors,” a spokesperson for the company said.

Batiste said he’s more concerned about how workers were be affected by the flooding caused by Tropical Storm Harvey rather than the effect on business expansions. Jim Rich, executive director of the Southeast Texas Economic Development Foundation, echoed Batiste’s concerns.

“What I see as the impact is the employee out there who need $30,000 to $50,000 to fix up his or her house and doesn’t have insurance or the money to do it,” he said. “That’s, to me, the tragedy, and it’s almost hard to get your head around … So, they still have a job, but they might be heavily in debt, and God forbid another hurricane hits.”

To help its employees, Motiva says it has provided several financial assistance programs. It also committed $500,000 to aid in community response efforts to Harvey and pledged to match employee contributions to disaster recovery efforts.

For businesses and individuals, help is also available through the Small Business Administration in the form of loans and other assistance. For more information, visit www.disasterloan.sba.gov/ela/ or call 800-659-2955.