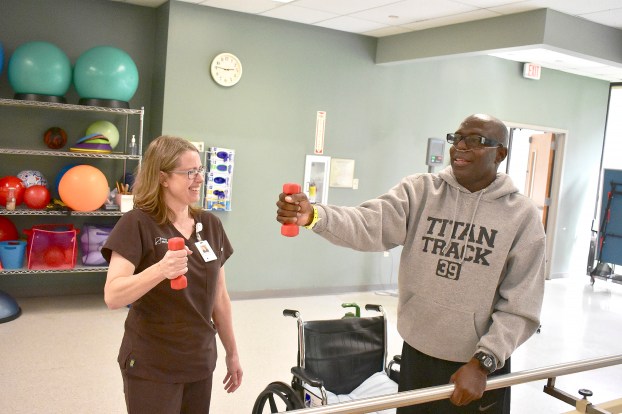 “We got to the hotel and checked it,” the elder Vincent said. “After check-in, we went out to eat and came back and went around a little bit. We came back later that night and ordered my little man a pizza, and we got ready for bed.”

It was around midnight Sept. 2 when the Vincents headed to bed.

“About 3 o’clock in the morning, it felt like somebody just put their hand on my mouth and sat on my chest, and I just woke up out of a deep sleep,” Vincent Sr. said. “I couldn’t catch my breath. I was trying my best to catch my breath, but I couldn’t do it.”

The next three weeks, Vincent Sr. was fighting for his life in an Arlington hospital, most of that time in a coma.

“I just know that, you know, I was fighting,” he said, asked what went through his mind during that time. “I wanted to be with my family. I wanted to, as far as thinking about my wife, my boys, my daughter, … you know, just fighting to get back to my family.”

For the second time in three months, Vincent went head-to-head with pneumonia, or an inflammation of the air sacs in one or both lungs, and has come out a survivor.

“Double pneumonia,” the 49-year-old said. “I got treated for it and it never left. Then the new pneumonia came in.”

The Port Arthur native and longtime Memorial High School assistant football coach who played two years with the New Orleans Saints and spent time in the Canadian Football League thought he didn’t have to worry about the illness again after battling it in July.

“I got dehydrated,” Vincent said. “We came back from vacation in the Bahamas, and it was 115 degrees. Then I went to a coaching school in San Antonio, and it was 112 degrees.”

“The second time, I totally went out.” 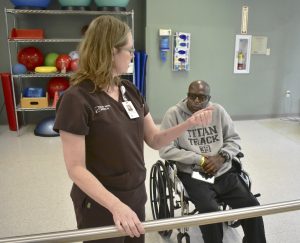 Vincent is well versed in staring death in the face.

On April 27, 2005, he was riding his motorcycle when was hit by a drunk driver on Memorial Boulevard in Port Arthur. Vincent sustained compound fractures in his leg and arm and was forced to miss the next two football seasons. The drunk driver “went through the system,” Vincent said, but the two eventually settled out of court.

Just a year and three days before his second pneumonia bout, Vincent and his family battled Tropical Storm Harvey.

“I live on Jimmy Johnson right off the [Babe Zaharias] golf course, and my house is built right up on the hill,” he said. “So, I walk outside, and I’m like, man, ain’t nothing going to happen to us. We’re built up high, because you go up my driveway, then go straight, then get in the garage.

“An hour later, a rescue boat was getting us from the front door.”

The rescue boat took the Vincents to Twin City Highway. From there, most of the family went to the Bob Bowers Civic Center, but a leak there forced those to evacuate elsewhere, and a police officer transported the family to Vincent’s mother’s house.

“No flooding, the street was dry, whatever,” Vincent said. “Two o’clock in the morning, water was coming through the floor. Now, we’re waist-deep in my mother’s house. My stepdaddy had two boats in the back, so we just got out the whole family, we got on the boats and put a tarp on it, and we had to wait from about 3 to 6 o’clock in the morning when they started rescuing again. They got us out from the backyard.”

The damage to Vincent’s home forced him to miss the entire football season, which started three weeks later than originally scheduled.

“It took us about four or five months to get back in the house,” he said. “One of my athletes, James Johnson, he works at Motiva, and he had a guy he worked with who’s a contractor. He took me in. He did it as a favor.”

Vincent was just well enough from his first fight with pneumonia to coach the Titans’ cornerbacks in their season-opening victory over Deer Park in Port Arthur, one night before the trip to Arlington.

A week later, first-year Memorial head coach Brian Morgan, whom Vincent mentored at Thomas Jefferson High School, had reported the good news that Vincent started to show signs of improvement. But Morgan cautioned then and earlier this week that Vincent faces a long road to recovery.

“He’s still watching film and he’s proud of the guys on defense,” he said. “He’s fired up for us and knows that we’re playing for him each week.” 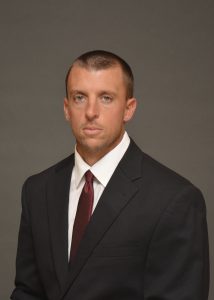 Some 340 miles north of Port Arthur, Vincent was strapped in a specially made rotating bed at an Arlington hospital.

“I know it’s just by the grace of God that I was in Arlington, that my son played for LSU and played in Arlington,” Vincent said. “… When your oxygen gets low, like mine was dropping all the way to the ground, they were giving me a 30 percent chance to live. And my oxygen was steady dropping.

Doctors told Vincent’s wife, Angela, to take a good look at him because she wouldn’t recognize him once he was strapped in.

“Because I swelled up so big,” Vincent said. “It brings the blood to different parts of the body on how it rotates.”

LSU defeated Miami 33-17, but Vincent Jr. turned down an offer from coaches to visit his father after the game, according to his father.

“It wasn’t that he didn’t want to see me, but it was like, ‘I can’t see him like that,’” Vincent Sr. recalled his cornerback son thinking. “He’d never seen me down. He’d always seen me upbeat.”

On Sept. 19, Vincent Sr. turned 49 and received a call from his son, who explained to him why he didn’t visit. Attempts to reach Vincent Jr. have been unsuccessful. 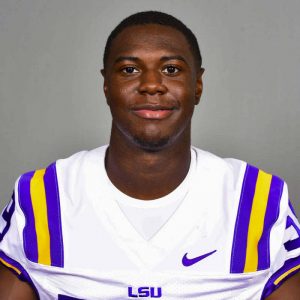 Vincent Sr. was released from the Arlington hospital two days later and transferred to PAM (Post Acute Medical) Rehabilitation Hospital of Beaumont for physical and occupational therapy. He’s actually lost about 20 pounds and weighs 192, just 7 more than his playing weight during his days at Texas A&M.

“I can do everything by myself, really,” he said. “When I came in, my core muscles were weak. I couldn’t really stand up. Now, I’m standing up. I’m usually walking, and I can walk around the whole gym. I’ve been lifting little weights, doing some core muscles, some glute stuff — I didn’t realize my glutes were that weak. It’s just building the muscles I didn’t use for three weeks, building them back up.”

Vincent Sr. denied a television report from last Friday that he needed a lung transplant in his recovery.

“I know where they got that information or how that even came about,” he said.

As of Thursday, he was awaiting a decision on whether he can go home, at which point he plans to take an additional month off to fully heal before returning to work. He said he will not attend Memorial games while he’s still off. The reason: His players might turn to him in the stands for advice because of the relationship he has with them, and he doesn’t want to become a distraction.

“When I go back into coaching, I’ll just go back right where I left off, praying we make a run in the playoffs, which I know we will make it to the playoffs,” Vincent said. “I want to be there with the kids to make that run with them.”

So far, the Titans are 3-0, beginning District 9-5A Division I play Friday night at home against Galena Park.

Morgan, 35, a 2001 Thomas Jefferson graduate, said he hasn’t asked Vincent at all about when he might return.

“Like I told him, he’s got things that are way more important than football right now,” Morgan said. “He’s got to take care of that because that’s much more important to him and his family than what we do on Friday nights.” 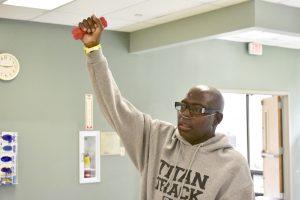 It was when Vincent was asked how the fight with double pneumonia that he revealed his 2005 motorcycle accident.

“I just know, since 2005, I meditate, [and] I talk to God on a continuous basis,” he said. “My family is a praying family. We’re real close to God. I do things in the church. I’m close to my pastor. My pastor was by my side when I was in Arlington. My faith has never wavered.

“I feel like the same thing. God is really working with me. He’s allowing the kids to see what I go through. Teaching kids what I preach, how to fight, how to believe in God, how to put their trust in God, and it’s just nothing can faze you once you have God on your side.”