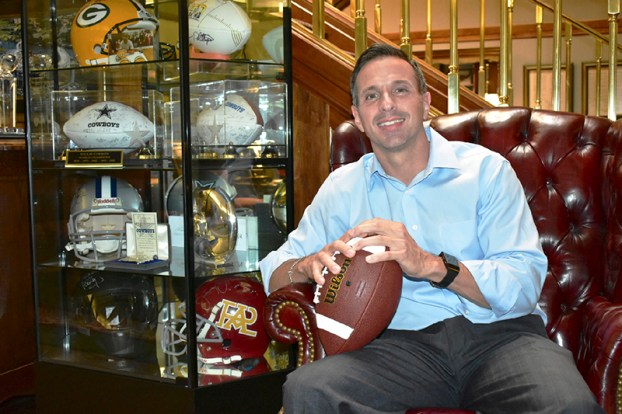 Damon West’s hometown of Port Arthur, represented by the “PA” helmet from Thomas Jefferson High School to his right, is mentioned throughout his new book, “The Change Agent,” which is available. (I.C. Murrell/The News)

VIDEO: Damon West feature to air Tuesday on The 700 Club

Port Arthur native and motivational speaker Damon West will be featured on an episode of the Christian Broadcasting Network program The 700 Club to air Tuesday.

West, a former quarterback at Thomas Jefferson High School and the University of North Texas, has written two books, The Change Agent: How a Former College QB Sentenced to Life in Prison Transformed His World and The Coffee Bean: A Simple Lesson to Create Positive Change (with Jon Gordon).

Both books, released this year, have made The Wall Street Journal’s bestseller list and illustrate West’s message of becoming an agent for change through the fable of a coffee bean that he learned during his stay in prison for his role in a string of burglaries in Dallas in the 2000s.

He was sentenced to 65 years in 2008, but was released on parole in 2015 and has since taken his message to schools and college football programs, most notably perennial powers Clemson and Alabama.

The Texas Department of Criminal Justice has just partnered with West for a three-year project to allow him to do speaking engagements in all 104 prisons and donate a copy of each book to each prison’s library.

When West is not speaking, he works as a paralegal at Beaumont’s Provost Umphrey Law Firm. He is a recent graduate of Lamar University’s master’s program in criminal justice.

The 700 Club visited Nederland in June to talk with West and his mother Genie about his life story. West’s father Bob was sports editor of The Port Arthur News from 1972-2015. 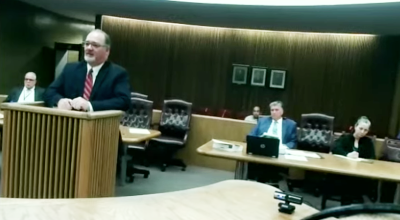 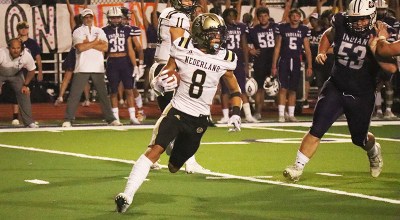 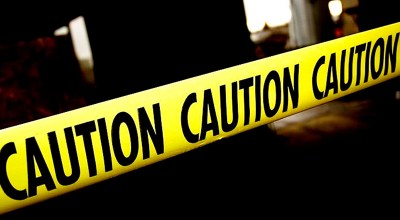 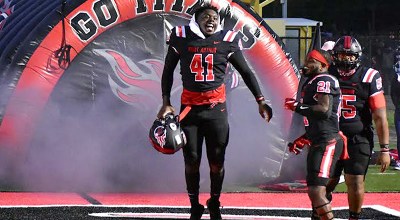