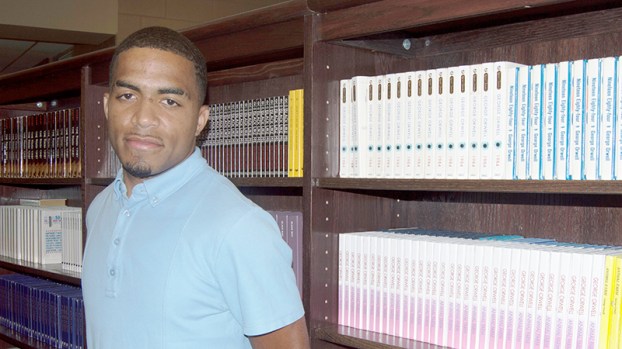 Kason Williams, a senior at Port Arthur Memorial High School, is on track to graduate this May. The student-athlete would like to play college football in 2020, but is also considering a career in underwater welding. (Stephen Hemelt/The News)

BRIGHT FUTURES — Welding and water: Titans running back keeps eye on his future

Kason Williams knows there are bad environments and troubling situations all around him. He can’t control their presence, but he does control how he responds.

“I don’t put myself in a position to where I can go to jail,” Williams said recently. “I don’t surround myself with people who are doing bad. If you surround yourself with failures, you’re going to be a failure.”

Williams, who turns 18 on Friday, is a few weeks into his 12th grade year at Memorial High School. 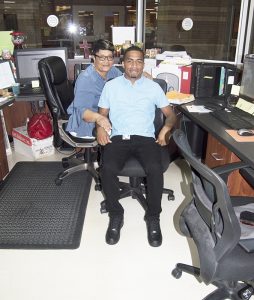 The Port Arthur native and resident has endured a challenging path, one that school officials say, included a stop through summer school. However, Williams rebounded, earned his credits to begin this academic cycle as a senior and is on track to graduate in May.

He is also one of the Titans’ leading running backs and a sprinter on Memorial’s track squad.

According to Morgan, school officials enjoy helping students get where they want, especially those who might not have originally been on the right track.

“I know (Williams) wants to go into the welding field,” Morgan said. “That’s a solid career that he can support a family with and give his future family some of the things he didn’t really have. He has fought through some adversity and probably won’t tell you everything, but he is a tough-minded young man.”

Williams, who lives with older brother Braydon and grandfather Howard Doucet, was introduced to welding by an uncle, who has equipment and a place to work.

That experience sparked an interest in Williams, who has looked into a Florida community college program that specializes in underwater welding.

“It got my attention, where I like welding and I watch YouTube videos about underwater welding,” he said. “I like swimming and being under water, so I just thought to combine the two things I like.”

Before he pursues that interest, though, Williams has a more present goal to tackle. He’s one week into his senior football season.

“I want to get my team to a state championship, bring one home and make history for the school and community,” Williams said. “I want to have the community on our backs. It’s believable.

“We have a great group of leaders this year who take control. Our juniors are not out of control. We’ve all bonded and have strong relationships. That is what it is all about.”

Williams said the team — and himself, especially — have responded to the sense of professionalism instilled by Morgan and the coaching staff.

That includes Friday dress requirements of buttoned-down shirts, collars, dress pants and dress shoes. Williams said it is a lesson he can take into the professional world and a process that has produced a better group of team leaders then in past years.

Coach Morgan emphasizes that ultimate football success is not the school’s goal for Williams. They picture bigger accomplishments.

“We’ve always wanted (Williams) to understand, and I think he does now, that life is more than football,” Morgan said. “We are trying to do more things than just make him a good football player.

“We’re trying to make him a productive member of society and a good father and husband in the future. He is realizing it.

“He has really bought in and done everything we have asked him to.”