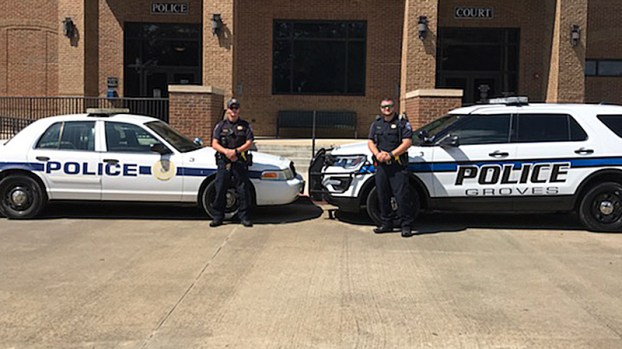 Out with the old and in with the new — police departments in Mid and South Jefferson County are in the process of updating their fleet.

Police cars rack up mileage and wear and tear from use, and departments routinely switch out the older vehicles for newer models.

Port Arthur Police Department is weighing its options on which make of vehicle is the best fit — Tahoe or Ford Explorer. Currently officers are using mostly Tahoes, with some Ford Tauruses thrown in.

But, Chief Tim Duriso said, Ford is stopping or has stopped production of the Ford Taurus police vehicle, which is why it is out of the equation.

The department has been allotted $824,400 and, depending on which way they go, would potentially buy 12 marked units and seven detective units.

Besides the usual car buying knowledge, Duriso is looking for something that handles the inclement weather well.

Duriso said they will likely purchase the vehicles from Energy Country in Port Arthur and hopefully have the vehicles in hand within a month, but they won’t be fully equipped. Oftentimes money is saved by taking the equipment from the soon-to-be-retired vehicles and placeing those in the new ones. Afterwards, the older ones are sent to the city’s auction.

Duriso said they currently have some 2008 model vehicles in use.

One look at a side-by-side comparison of a Groves Police Department’s older vehicle versus a newer one shows the need for updating.

Groves Police City Marshal Norman Reynolds Jr. said they got behind in updating the fleet so this year they are looking to get four new Ford Explorer Interceptors.

The department has gone through some years with no new vehicles while other years they purchased one or two.

“We get more mileage out of our cars than probably any other city. The reason, explanation, is our city mechanics really maintain our vehicles and as a result we get up to 150,000 miles off a police car a lot of the time,” Reynolds said. “Each agency is different, some cutoff at 80,000. Everybody has their own way of doing it. Some have outside mechanics contracted to work on their vehicles. Ours, for the most part, are done in house with the exception of some specialty things or warranty work.”

The four new vehicles will bring the GPD fleet back up to the numbers needed.

“Once we get these four we will no longer have any Crown Victorias on the streets,” he said.

Reynolds is all about the city saving money so a vehicle that is taken out of the fleet, if it’s still in good working order, may be used by detectives.

“They (Ford Explorers) are pretty good cars but they’re not the Crown Vic.,” he said. “That’s, without a doubt, the all time best police car.”

Nederland Police Department is in the process of purchasing two new police vehicles, which is pretty standard, Chief Gary Porter said, to make sure maintenance costs don’t outrun the cost of a new vehicle.

This year NPD is purchasing two 2020 Ford Explorer police interceptor vehicles from Silsbee Ford Fleet, which is one of the biggest suppliers of police vehicles in Texas.

Porter said the cost doesn’t include any new equipment, just the cost of the vehicle.

Port Neches Police Department is looking to buy two Tahoes this year to add to its fleet.

Chief Paul Lemoine said the Tahoes were recommended as they have a little more room in them and the price is equitable.

Lemoine said the vehicles get taken out of the fleet when they hit around the 100,000-miles mark. The vehicles get regular maintenance and mileage checks as well.

PNPD has 10 to 12 patrol cars that are rotated through and they try to buy two and replace two annually.

The cost for the two new vehicles, turnkey is approximately $90,000.

Police vehicle equipment is another issue that raises the price and most departments, like Port Neches, reuse equipment such as mobile video units. But the new vehicles will need all new equipment.

Other necessary items to add are cameras and cages and prisoner restraints.