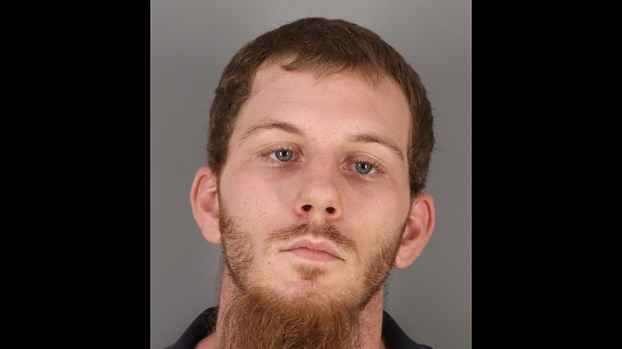 PORT NECHES — The search for a stolen lime green motorcycle came to an end when the bike was seen in Port Neches as the alleged thief was trying to hide it.

The owner of the bike reported the theft of the 2008 Kawasaki Vulcan 900 to the Jefferson County Sheriff’s office earlier this month and took to Facebook to ask if anyone had seen the bike. And on July 8 it was seen in Port Neches.

One of the witnesses saw the thief trying to hide the motorcycle by laying it down and covering it near the Fraternal Order of the Eagles lodge.

Once seen, the motorcycle rider ran across Nederland Avenue and ended up next to a doctor’s office and a storage business.

Port Neches Police arrested Charles Beard, 24, of Port Neches for unauthorized use of a motor vehicle with bond set at $7,500 and evading arrest/detention with bond at $2,500.

He remains in the Jefferson County Correctional Facility.