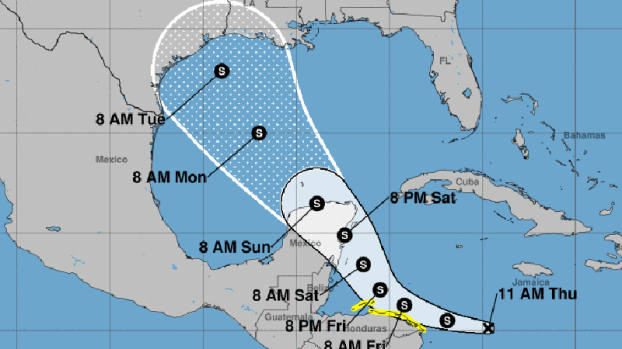 Tropical Depression 14 is in the central Caribbean Sea. It is forecast to become a tropical storm within the next day or two, and be in the Gulf of Mexico by Monday.

Warning Coordination Meteorologist Roger Erickson said long range forecasts can have large errors, but at this point it looks like it will be a threat to Texas and Louisiana. 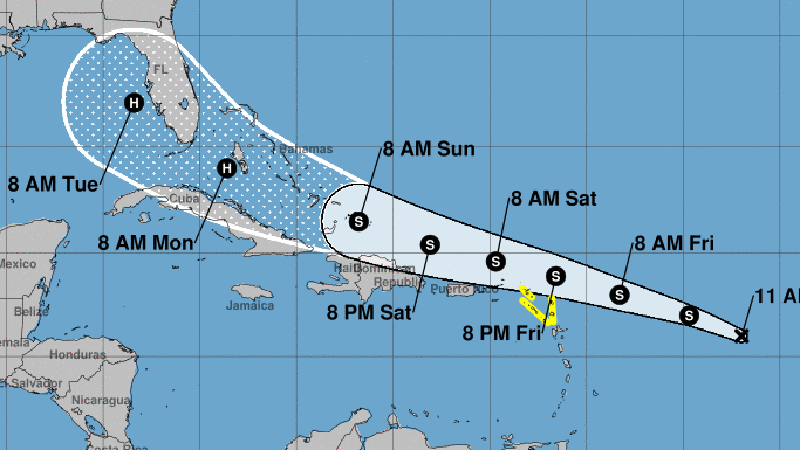 Tropical Depression 13 is in the Atlantic, and is forecast to move across northern sections of the Leeward Islands and then head towards Puerto Rico.

It is expected to become a tropical storm later today or tonight. Long range forecasts for this system also bring it into the Gulf of Mexico by Tuesday as a hurricane.

It looks to be a threat for Florida to southeastern Louisiana next week.

The tropical wave coming off the coast of Africa has a 40 percent chance for development through this weekend. It will remain out in the Atlantic during that time.