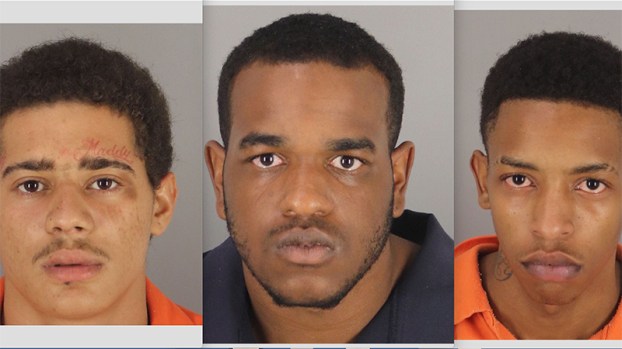 Christopher De’Sean Mitchell, 18, is in jail on a $1.5 million bond for the Oct. 11 shooting death of Christopher Sellers, as well as facing an aggravated assault charge for shooting a second person.

Detectives were able to piece together the crimes and locate the suspects with the help of the Groves Police Department.

Beaumont Police were called at approximately 11:49 p.m. Oct. 11 to the 1000 block of Nolan Street, where they found two people suffering from gunshot wounds. Beaumont EMS was called, and one of the victims was pronounced deceased at the scene. A second victim was taken to St. Elizabeth Hospital and is listed in stable condition, Beaumont Police Officer Haley Morrow said.

Preliminary investigation indicates a red, four-door sedan turned east onto Nolan, and shots were fired from the vehicle, striking both victims, who were walking alongside of the roadway. The suspect vehicle then fled the scene.

Approximately six hours later, as BPD detectives were working the homicide, they learned patrol officers had responded to an aggravated robbery/carjacking in the 100 block of East Canton.

The male victim was leaving for work when he was approached by two men armed with handguns that assaulted and robbed him then stole his truck.

“The vehicle he described was a red, Chevy Malibu,” Morrow said.

That’s when detectives began investigating the possibility the two cases were committed by the same people.

At 8 a.m. Oct. 12, BPD detectives were notified that a Groves Police officer located the victim’s stolen truck at an apartment complex in Groves and had several suspects detained.

The suspects were brought to BPD to speak with detectives, Morrow said, and following the interviews Mitchell, Kyrian Jamarcus Harris, 17, and Dominque Abraham, also 17, were arrested for aggravated robbery for the carjacking.

Morrow said detectives kept working the cases and on Oct. 27 filed the murder charges against Mitchell.