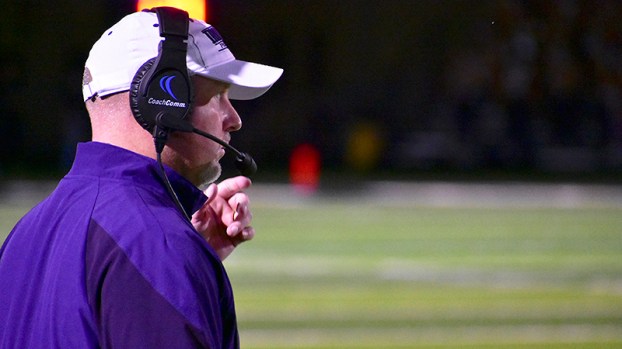 PORT NECHES — Port Neches-Groves head coach Brandon Faircloth is known to go into his bag of tricks and pull out a treat.

Down 14-0 to the Bulldogs and on the Nederland 42, PNG (2-2, 1-0 in District 12-5A Division II) called on senior running back Lance Vaughn to throw a pass, which he completed to a wide-open receiver 36 yards downfield.

“We are blessed around here,” Faircloth said. “We’ve got quite a few baseball players on our team. Lance isn’t a baseball player, but he has a great arm. We’ve seen him throw many times in practice, during water breaks and things like that. We have quite a few kids that can throw it. Lance, being the running back, was the right fit for that play. Lance did a great job of selling the run and Grant (Pearson) did a good job of faking like he was going to block and then releasing.” 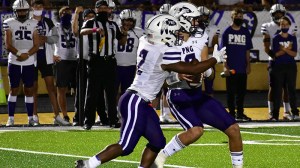 The Bulldogs held the Indians to a field goal, which set up Faircloth’s next big play. On the ensuing kickoff, kicker Tate Sandell kicked a high, short kick that appeared to catch Nederland off guard. PNG recovered the ball on the Nederland 40 and quarterback Blake Bost capped off a 7-play drive with a 5-yard touchdown to make the score 14-10 in favor of the Bulldogs.

Faircloth said the play calls are a combination of situational awareness and gut feeling.

“We definitely have it down by situation,” Faircloth said. “Sometimes, you call it by feel. It’s always great when they work, but you are the idiot when they don’t. We trust our players and we practice those plays. When they come up and we feel like it is the right time, we call them.”

Faircloth said his team has built off of the emotions of last week’s win, while being ready for a new opponent tonight.

“It’s a little bit of both,” he said. “As a coach, you are always looking for momentum or anything you can draw from. On the same hand, you have to move on. The first thing we said on Monday morning is that game is over. We are focused on Dayton.”

“Every game around here has pomp and circumstance,” he said. “We’re excited about the Dayton Broncos. We have plenty to work on. We are just staying humble and hungry and focused on going 2-0 (in district).”

Faircloth said his team is focused on the Dayton Broncos.

“They are well coached and have great players and a great scheme,” he said. “They are going to be a tough game for us.”