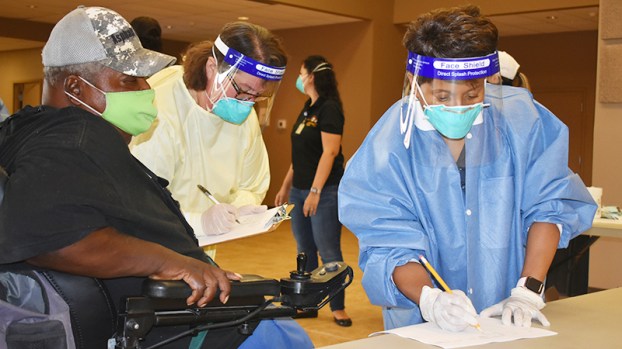 The percentage of intensive care unit beds utilized by COVID-19 patients has followed the trend, going from 22 percent on Nov. 17 to 48 percent on Nov. 30. During that same time span, the rate of hospitalizations due to COVID-19 in Jefferson County is at 20 percent.

The numbers do not reflect cases confirmed from the Thanksgiving break, Port Arthur Health Department Director Judith Smith said. She expects her staff to confirm positive cases within the next one to two weeks.

“The numbers we reported [Monday] were people who had either gotten tested before or right after Thanksgiving,” Smith said. “It takes a while if you had exposure. We’re looking at a week to two weeks before people start exhibiting symptoms. This doesn’t even reflect what we could see after Thanksgiving.”

Smith expects the rise in COVID-19 cases locally to continue.

“Unfortunately, we are because we do realize a lot of people have a quiet Thanksgiving with themselves and immediate people they normally socialize with, but we realize some families probably did get together,” she said. 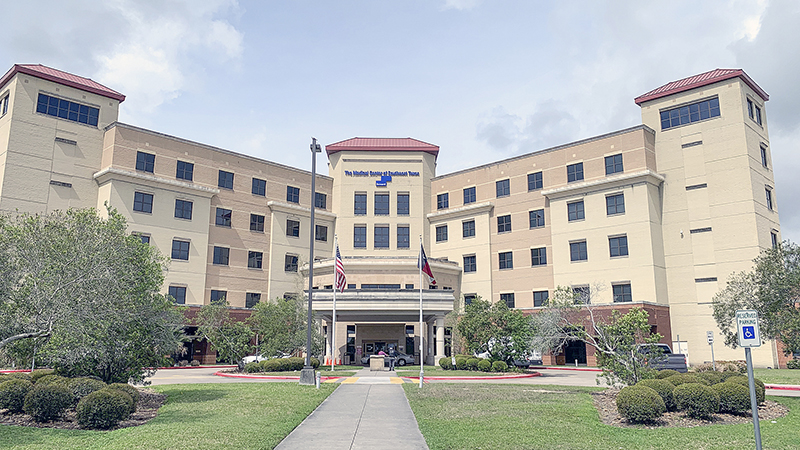 The Medical Center of Southeast Texas

Angie Hebert, director of marketing and public relations for The Medical Center of Southeast Texas in Port Arthur, said the facility is seeing the same surge in hospitalizations as others but is capable of expanding its capacity to accommodate all patients.

“We have expansion plans we made earlier this year,” Hebert said. “We expanded to other floors and made those rooms expanded. We do separate our COVID population away from anyone seeking emergency care unrelated to COVID symptoms.”

Those who may need treatment in an emergency room aren’t coming because they’re afraid of contracting the novel virus, Hebert said. But she added dealing with a serious complication like a chest pain without seeking treatment could lead to more serious health problems.

“We have an isolation waiting room,” Hebert said. “If you come to the ER and you need to be seen for a broken arm, and you’re worried about coming in … we put anybody suspected of COVID in a separated negative pressure room. The air being blown into the room is not being blown to another room.”

The Port Arthur Health Department recorded 65 positive COVID-19 cases for Nov. 28-30 after only 22 were confirmed on Nov. 27, the day after Thanksgiving. The latter number was the lowest single-day count since early November.

Of the 3,734 cases confirmed in the health department’s service area through Monday — Port Arthur, Groves, Port Neches and Nederland — 67 deaths related to COVID-19 have been confirmed for a 1.8 percent case fatality rate, matching the statewide rate (21,379 deaths out of 1,168,111 cases through Monday). The U.S. has a 2 percent fatality rate among COVID-19 patients.

Health leaders from seven Southeast Texas counties, Port Arthur and Beaumont held a news conference Nov. 18 urging residents to socially distance, continue to wear masks, limit gathering crowds to 10 or less and even reconsider travel plans for the holidays. Since the PAHD set a single-day case record of 111 on Nov. 17 for its four cities combined, the service area has only exceeded 60 cases on three occasions but not reached more than 70.

“Many of our people who are testing have mild to no symptoms,” Smith said. “That in itself may be why some people think it may not be that serious. If I am COVID positive and I have no symptoms, it may be hard to understand what somebody else is going through when we say a person is on a ventilator. The majority of people are not having severe symptoms.”

Smith said she “literally cried” when she had to ask her staffers to not congregate for its annual Thanksgiving meal.

“I had to say, hey guys, we can’t even do that this year,” Smith said. “One of our staff members, he can make the gumbo, we can put it in our bowls and take it back to our individual offices, but we cannot sit together and fellowship.”

In recent days, drug makers Pfizer (in partnership with BioNTech) and Moderna have petitioned the Food and Drug Administration for emergency use authorization for their COVID-19 vaccine candidates, both of which have been reported to be 90 percent or more efficient.

Shortly after the companies announced their trial vaccine results two weeks ago, Smith said public health workers and first responders would be among the first group to receive the vaccine.

“In the middle of this [case surge], that’s exciting news to hear about the emergency authorizations put forth by these two reputable companies,” Smith said. “We hope the process for vaccinations can start at the start of the year. Just to hear possibly by March anybody wanting the vaccine can have one, that’s even better news.”

It was positive news for a longtime healthcare provider whose positivity was challenged by the disturbing news of hospitalization rises.

“There are people too generally sick to be at home,” she said. “The hospitals are overwhelmed. … We feel like we’re fighting a losing battle.”

According to Hebert, though, the Medical Center stands ready during the surge.

“We’ve learned a lot this year,” Hebert said. “In that process, we’ve planned accordingly and we feel prepared as to what our hospital can handle as far as the possibility of another surge.” 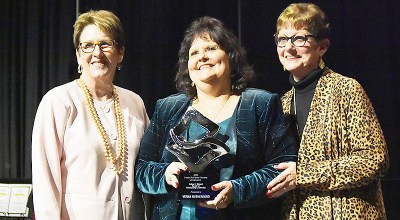