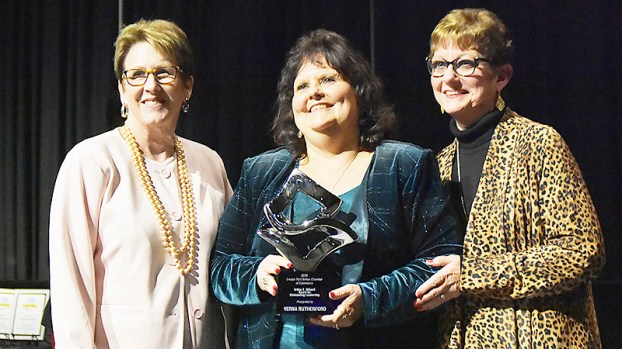 This year’s recipient of the John Warne Gates award is said to manifest his spirit of generosity, dedication and loyalty.

“If I think of generosity, dedication and loyalty to Port Arthur, I think of Barbara Phillips,” Greater Port Arthur Chamber of Commerce President and CEO Pat Avery said.

Phillips, the public affairs manager for the Valero Port Arthur Refinery, was quite surprised upon learning she was the recipient of the award, which will be presented at Thursday’s Chamber awards virtual banquet.

“It is such an honor to be presented with this award that is named for a person that was influential in the development of the city of Port Arthur,” Phillips said. “As the public affairs manager of Valero’s Port Arthur Refinery, I have had the pleasure to be involved in numerous community activities and organizations in Port Arthur that allowed me to meet and form strong relationships with so many wonderful people in our city. I’m very grateful for the many opportunities that we have had to work together for the good of our community.”

Ron Fletcher, immediate past chairperson, has worked with Phillips on a number of boards and believes she will be an upstanding representative of the award.

“She has been a great community leader, great board leader and I learned an awful lot from Barbara,” he said. “She has the temperament and personality to get things moving without having to ruffle feathers. and we’re lucky to have her in our community.”

Gates, for whom the award is named after, was born in 1855 and is recognized as an American financier and president of Republic Steel. He revolutionized steel production but was also huge in railroad acquisitions and is the founding father of the company later known as Texaco Refinery, Avery said.

Gates also had a hand in the development of Port Arthur when he took over the Kansas City, Pittsburg and Gulf railroad in December 1899 from the previous owner and Port Arthur founder Arthur Edward Stilwell.

Phillips is a life-long resident of Groves and attended schools in Port Neches-Groves Independent School District and graduated from Lamar University in Beaumont.

She is the president of the Board of Directors for the Port Arthur Education Foundation and is on the President’s Advisory Committee of Lamar State College – Port Arthur.

She also serves on the United Way Board and is a member of the Port Arthur Industry and Community Leaders Advisory Group and the Industry of Southeast Texas Public Affairs Group. She is a past president of the Board of Directors for the United Way of Mid and South Jefferson County and a past chairperson of the Executive Board of Directors for the Greater Port Arthur Chamber of Commerce.

Barbara and her husband, Ronnie, have been married for 46 years and have three children and eight grandchildren.

They are members of Memorial Church of Christ.