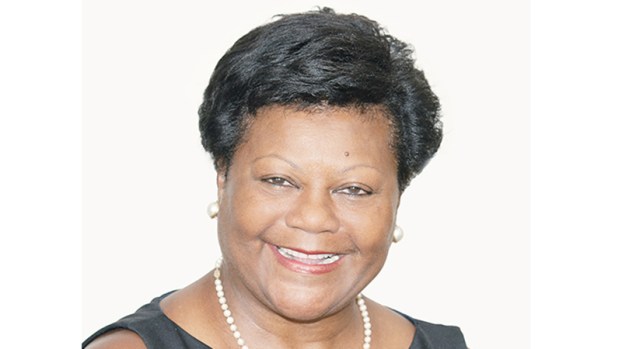 For Greater Port Arthur Chamber of Commerce President and CEO Pat Avery, 2020 was a year of learning. Thankfully, the knowledge is creating a path for future success.

Last year when the area began to see the first cases of COVID-19, Avery and staff learned all they could about the video conferencing platform Zoom so they could communicate with businesses all over the city.

“We were lucky enough to get on the bandwagon very early, and that helped us be efficient and get up to speed quickly on what to do from home,” she said.

Chamber staff members were away from their office for approximately six weeks, during which time members Stuart Salter and Randy Sonnier began to reach out to small businesses and learn as much as they could about the Small Business Administration’s Paycheck Protection Program loans and quickly find out all of the lending institutions in the area.

By the time the Chamber was able to get back into its offices inside the historic 501 Procter Street building, its members buckled down and solved issues.

“Of course we can’t make money by holding events, but we found our board of directors took very good care of the chamber,” Avery said. “We had the finances to ride it out and not worry about being able to make payroll or whatever the case may be.”

Avery, who spent her career as an energy company executive and business consultant before taking the spot at the Chamber, used her skills to initiate a sit down between industry and the Sabine Neches Navigation District for talks of a new tariff to help fund the deepening and widening of the ship channel.

After initiating the discussion, she stepped away to let those two entities work together.

Ron Fletcher, immediate past chairperson for the Chamber, said Avery did a fantastic job facilitating the talks.

The importance of the Greater Port Arthur area and region to the country’s economy is not lost on Avery. So she brought board of directors Tonya Moses, Ron Arceneaux, Stuart Salter and John Johnson together to hammer out issues for the 87th legislative session. Elected officials have noted, she said, that coming together as a region is instrumental when compiling a list of issues important to that region.

“I think we have the most comprehensive and robust agenda,” she said. “We made sure we understood the whole city and what its needs were. A lot of people are going to look at this and say it’s overly ambitious, but in the past the agendas have been so general. It could have been community ABCD. There was nothing special about it. This (one) is very clear and very comprehensive.”

When Avery came on board at the Chamber, she said her industry background was “land based.” Now local industry includes liquid natural gas companies and terminals. It was something new to learn.

Today there are several LNG facilities in the city with some under construction and undergoing expansion.

Transportation leads one of the top concerns in the area and is something addressed in the legislative agenda.

New Chamber Chairman Ron Arceneaux has been on the transportation committee for more than a decade.

Avery said there is one way in and out of Sabine Pass and the biggest issue for growth in the area.

“We have got people that cannot get out of there if something were to happen, and that is a problem,” she said. “I’m ringing this bell until something happens.”
Houston, she said, can’t grow anymore on their ship channel but local interests can, but if there is only one way in and out, that’s an issue that can hamper economic advancement.