Alyssa Collazo does it all for Nederland softball. Will… 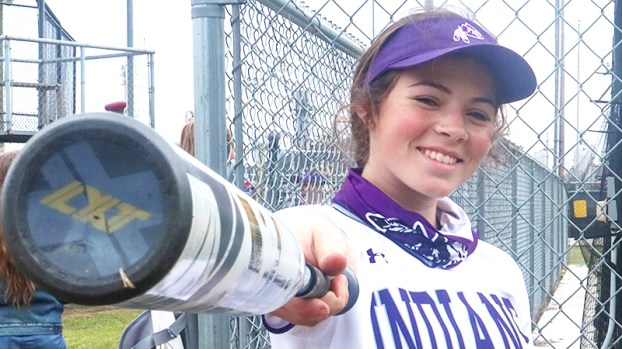 Sophomore Vivien Thames wants to go yard this season. She already does just about everything else.

PORT NECHES — Entering her sophomore season, Port Neches-Groves shortstop Vivien Thames is trying to lead by example. The underclassman knows her roll on the team, even if she has played many.

“I’ve been in right field, center field, shortstop, second base and catcher,” Thames said. “All of that has been with PNG. Catcher is probably my favorite, but shortstop is a close second. I love catcher because that is what I play for my select team and that is always what I looked up to in college players when I was a kid.”

Thames likes playing shortstop because it allows her to communicate with her teammates.

“I think next year I will try to be more vocal,” she said. “I am an underclassman. When the seniors leave, I think I am going to step up more vocally because I have been on varsity for two years and next year will be my third year.”

“She’s not necessarily vocal,” the coach said. “She has great work ethic and puts in a lot of extra time outside of practice. She is not all talk. If she says she is going to do it, she does it.” 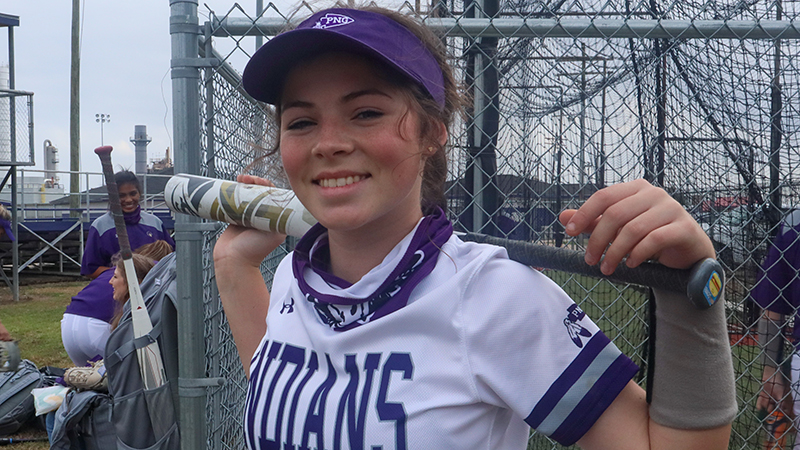 “She shows leadership in the lineup,” she said. “She is aggressive. She makes physical adjustments when they are needed. She is one of those kids that when she goes up to bat, I know she is going to help us in some way, shape or form. She is just smart on the bases.”

Thames’ versatility might be her greatest strength, which she crafted while playing select ball.

“She is a outfield and catcher when she plays travel ball,” Harvill said. “For me, she has stepped up and been a great shortstop. She has been a huge utility player.”

A great utility player has to have particular skills down in order to be successful.

Thames said she has clocked some impressive throwing speeds. Her coach said her arm strength allows her to be a great player.

“She has great athleticism and range,” Harvill said. “She is able to go side-to-side to get balls and quick transfers. She has a great arm. She throws about 70 mph overhand.”

A play stands out when she thinks of a time her cannon helped make a crucial impact.

“There was one time I was in left field and a throw down to third got by and the runner advanced to home,” she said. “I ended up getting the ball and throwing the runner out at home. It was nice. It was really good.”

Thames said she has three goals for the season.

“I want to have a full season,” she said. “I also want to make it to the playoffs and with this team I think we have a really good chance. I really hope to hit one out this season. I feel like I have a really good shot at it. If I hit one out this season, it will be my first one. I hit one to the top of the fence and I have hit a couple out in practice, but none in game yet.”

This story has been updated at https://www.panews.com/2021/03/01/png-sophomore-achieves-home-run-goal-during-weekend-tournament/