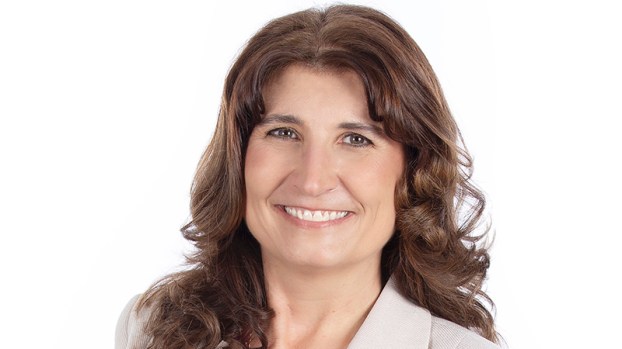 Kim Hoyt welcomes leadership role at Indorama & in the community

PORT NECHES — Kim Hoyt grew up in and around Cincinnati, Ohio, before attending Ohio State University, where she studied to be a chemical engineer.

It probably seemed natural to some when she interviewed for a job in Cleveland following graduation.

There was one problem. The interview took place in the middle of a snowstorm, and Hoyt thought to herself — “I don’t want to end up here. I want to move where it is warm.”

That realization eventually changed the face of chemical engineering in Southeast Texas.

Hoyt took a job as an engineer with Texaco, working first at a site in Conroe before transferring to Jefferson County in 1988 as a member of The Huntsman Corporation.

In March, Indorama Ventures announced Hoyt as the new site director for the company’s Integrated Oxides and Derivatives plant in Port Neches.

The Huntsman Corporation had previously announced in August of 2019 that it was selling its chemical and surfactants businesses to Indorama Ventures that included facilities in Port Neches and Dayton.

Indorama is a global company, and the Port Neches site is part of the Indorama Ventures Integrated Oxides & Derivatives division, which has Texas plants in Port Neches, Chocolate Bayou and Dayton, as well as Ankleshwar, India; and Botany, Australia.

Sitting on approximately 500 acres of developed property as part of a near 3,000 acre-site, the Port Neches facility is by far the largest of any of the division’s facilities.

“They do shift work, so not everybody is here at the same time,” Hoyt said. “At any one time for contractors on site helping to support the operations, there could be typically in the 400s. Last year at this time we were doing a big turnaround event and there were days there were 1,500 contractors on site helping perform all of the activities associated with the turnaround.”

With more than 33 years of industry experience working with Indorama, Huntsman and Texaco Chemical, Hoyt has demonstrated leadership and delivered continued success in her past roles, according to company leaders, making her the right person to serve as site director.

“Under Kim’s leadership, I am confident she will continue delivering world class safety and operational performance at our Port Neches site and proud to name a new leader, who is part of the local community,” said Alastair Port, president and COO of Integrated Oxides and Derivatives, Indorama Ventures.

“We are committed to fostering a diverse and inclusive work environment while continuously offering career opportunities to our talented team members, and we believe Kim is the best person to usher in this new era for IOD and PNO.” 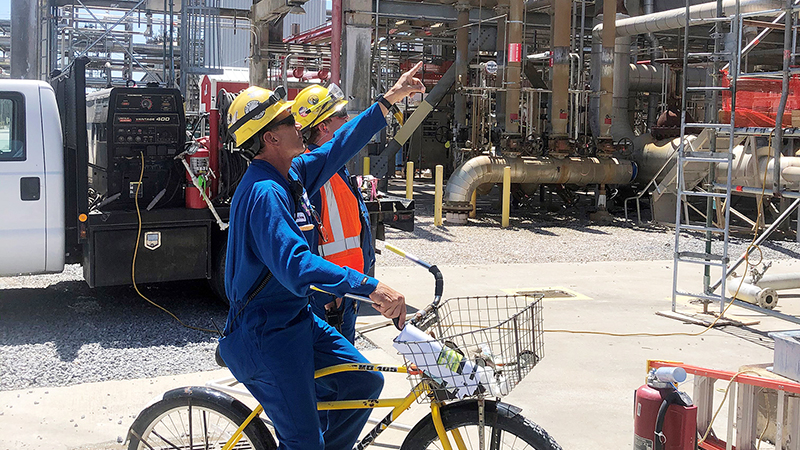 Personnel works on site at Indorama Ventures Integrated Oxides & Derivatives, which is a chemical intermediates and surfactants producer with a range of products. (Courtesy photo)

Indorama Ventures Integrated Oxides & Derivatives is a chemical intermediates and surfactants producer with a range of products.

Two of Port Neches’ primary products, according to Hoyt, are Ethylene Oxide and Propylene Oxide.

Hoyt moved to the region in 1988 and easily made a home. Her husband is from Groves. After building a house locally, they now live a block away from the plant.

“Everything that has happened in the last 23 years has been important to me, because I am a member of the community with a family raised here,” she said. “The sites, sounds and issues that come from the plant are important because I can hear them from my house.

“If I hear steam venting, I can go outside, see it and know which unit it’s coming from. It is high on my priority list to keep the people at the plant safe and the people of the community safe, because I am right here with everybody in the community.”

Hoyt has had opportunities to continue her career in other locations, but Mid County has remained home. It’s where she wants to be.

“This is truly what’s important to me: that the plant is growing, safe and a contributing member of the community. It’s a great place to work,” she said.

Hurricane Rita’s devastation of 2005 that left the plant and community struggling was a “huge, eye-opening experience” that placed Hoyt in a central role helping coordinate the people side of things for safety and reconstruction.

She said management joined forces with union and worked to take care of the people.

Subsequent weather events and a variety of different jobs led her to lead products and company initiatives.

“One of the neat things we are doing now, Indorama, as a global company, is promoting sustainability and recycling,” Hoyt said. “Different communities have done recycling, but it hasn’t really grabbed on and stuck. How do we change what we’re doing? We’re looking at efforts to recycle and create sustainable improvements, whether that is energy reduction or greenhouse gas emissions.

“We’ve tried it at different times in the cities, but it ends up costing the cities so much that we just don’t do it. I think people are for it, but we just don’t have the opportunity to participate in it.” 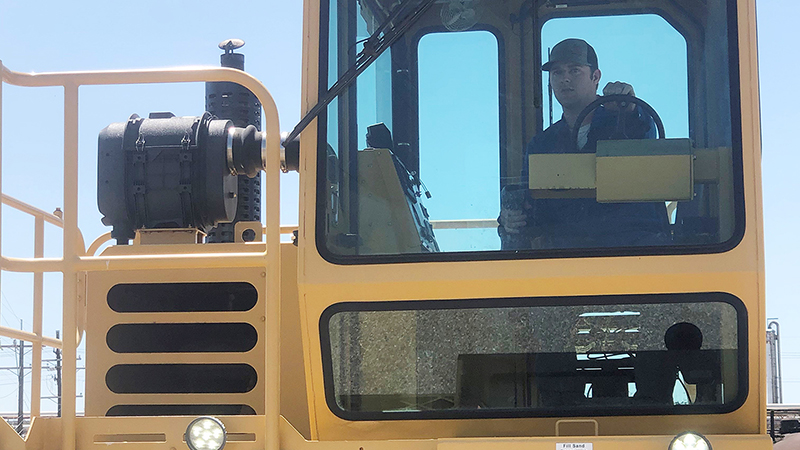 At pretty much all times, there are hundreds of Indorama workers and contractors providing shift work at Indorama Ventures Integrated Oxides & Derivatives. (Courtesy photo)

Hoyt, who has two sons and a daughter, said it has always been important to stress to them to do something they are passionate about.

Beyond just words, she was involved in their schools as an active member of the Parent Teacher Association by getting involved in Science Day at Groves Middle School and the Robotics Club at Groves Elementary.

“It always felt nice to be a female doing something that the kids didn’t necessarily expect someone’s mom to be doing or that I worked at the plant or that I was an engineer,” Hoyt said. “Even the boys would be like, ‘girls can do that too’ at a young age. I don’t think I ever set off to be a female crusader, but it has been eye-opening for folks who have met me and learned what I do and where I work.”

Hoyt said a lot of females, especially ones in their 20s, want to know how to have a career and family with balance.

“Making myself available to talk to them, reach out to them — the females we have on site here — has been rewarding for me,” she said.

Hoyt said she made time to serve as a Cub Scout and Boy Scout leader, which included taking Scouts to camp, where there were very few female leaders.

“I’ve always been happy to get involved and show that anybody can do anything,” she said.

Hoyt first joined the Port Neches team in 1998 as an operations superintendent and served in a variety of roles of increasing responsibility.

“Stepping into this new role is a challenge that I am looking forward to taking on and with the roles and experience I have had at the site over the years, I know I’m well suited for the job,” Hoyt said. “I call the Golden Triangle home and will remain committed to ensuring safe and reliable operations for our team and community.”