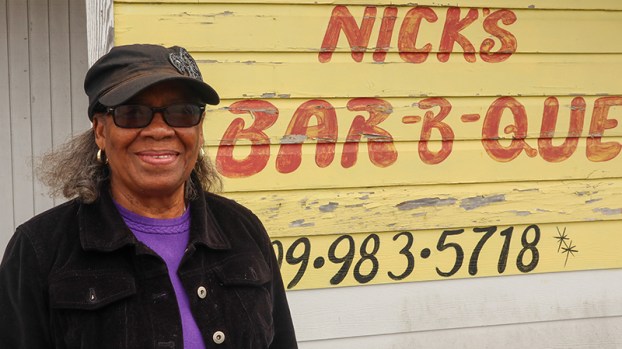 For 47 years, Nick’s Pit in Port Arthur has been one of the area’s best barbecue spots.

The mom-and-pop operation opened April 10, 1974, when Nick Nicholas convinced his wife, Barbra Nicholas, to quit her job and go into business with him.

“I didn’t want to start it,” Barbra Nicholas said while laughing. “This was my husband’s dream. We walked in here together.”

Nick, who died in 2000, and his wife first opened their restaurant on West 7th Street. The two moved to the current location at 2548 Gulfway Dr. when the West Port Arthur location was overrun with drug use in the early 90s. 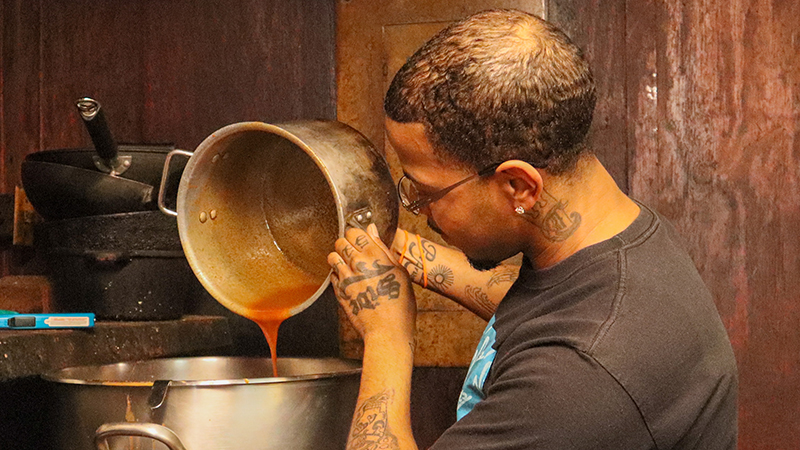 “We did good over there until the drugs ran us out,” Nicholas said. “It got so bad that our customers were afraid to go in there.”

Nicholas said she continues to run the restaurant as a way to make a living and continue her husband’s dream.

The business has remained a family affair. Nicholas’ daughter, Stephanie Nicholas-Allen, and her son, Cordell Allen, help Nicholas keep things up to par.

“My parents opened this place when I was 12,” Nicholas-Allen said. “I have been doing this pretty much my whole life.”

Nicholas said her husband knew his way around the kitchen.

“He could make the best pies you have ever tasted,” she said. “He could make apple, potato, lemon — he could make some good pies. That was his thing. My husband was a seaman first. He was chief cook and second cook.”

Nicholas said links were her husband’s specialty. While she said she could not recreate his pies, his signature links are still the most popular item on the menu. 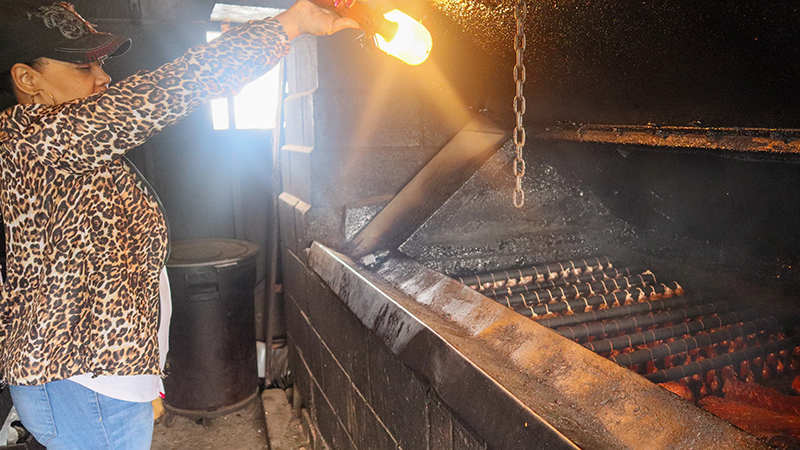 Nick’s Pit offers ribs, chopped beef and links. Patrons can get dinners, which include one meat and two sides (rice dressing, potato salad, barbecue beans or string beans) or combos.

Along with the links, Nick’s is known for its barbecue sauce, which can be bought by the pint.

Even prior to the pandemic, the primary business items for Nick’s Pit were pick-up orders, which allowed the restaurant to stay afloat as businesses learned to adapt. Nicholas-Allen said she is in no hurry to open the seating area back up with her mother being older and having a condition that puts her at a higher risk to the coronavirus.

Nicholas, who recently celebrated the 47th anniversary of the eatery’s opening, said she would like to run the business for another three years to make it 50.

“Old people come in here and tell us that they remember when we were on the west side,” she said. “I’m most proud that my customers still come in and patronize me. The community keeps us in business and keeps us making a living. I want to do this for another three years if the Lord lets me.” 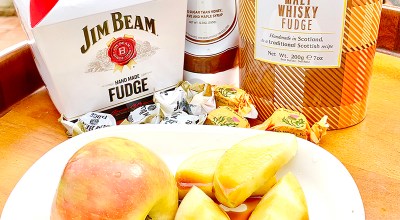