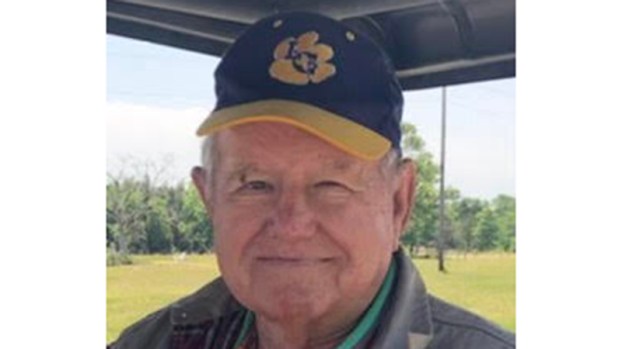 Kenneth C. Elliott was born on August 12, 1932 to Lovie and Bill Elliott in Bernice, Louisiana.

He had three daughters, Cheryl McMann, Patricia Daigle, and Cindy Speedy and one son Michael Elliott.

He was preceded in death by his wife of over 70 years, Grace, and his son Michael Elliott.

He was a machinist by trade and he owned Elliott’s Machine Shop and Heavy Equipment Company.

He loved fishing, hunting, gardening, NASCAR, his family and his church family.

He was a long-term member of Central Baptist Church in Port Arthur, Texas where he was a deacon and Sunday school teacher.

He attended the Remnant church in Lagrange, Texas.

He was a volunteer at 2nd Chance and the Remnant Church. He had a strong faith in God and we know he is now held in God’s loving arms.

A Funeral Service will be at Riley’s Funeral Home on Friday, April 28, 2021 at 2 pm with visitation at 1 pm, Burial to follow at Mt. Pisgah Cemetery.

Services are held under the direction of Riley Funeral Home and Crematorium.