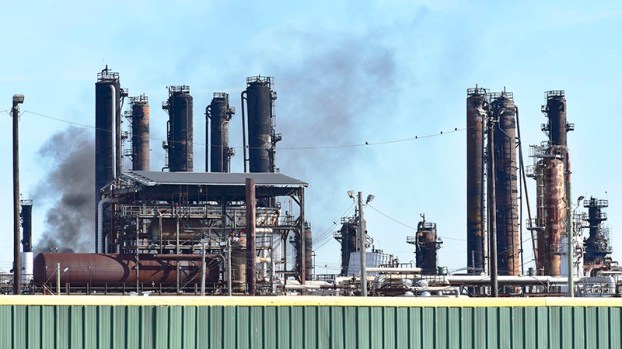 For at least 24 hours last week, butadiene leaked from TPC Group in Port Neches, according to an air emission event report filed with the Texas Commission on Environmental Quality.

The leak was discovered June 2 at 5:05 p.m. when an operator on a routine walkthrough detected an odor in the Block 10 area, the report states.

“After further investigating the source of the odor, it was discovered that emissions were coming from a 4-inch process water pipe which is connected to an oily water separator that was previously emptied and degassed,” the document says.

It is estimated that 15 pounds of butadiene leaked until 5:05 p.m. the following day.

The site, located at 2102 Spur 136, is now operating as a terminal following the Nov. 27, 2019, explosion that shattered windows, damaged property and forced an evacuation for residents within a four-mile radius.

The following year, the U.S. Chemical Safety and Hazard Investigation Board released an update saying the explosion likely came from a “major loss of containment” of butadiene that led to a vapor cloud that caught fire.

The board said the cloud formed when approximately 6,000 gallons of butadiene emptied from a fractionator in less than a minute.

On Thursday, TPC spokesperson Sara Cronin said in a written statement that all deconstruction efforts have been completed and large vessels have been degassed.

Butadiene is a known carcinogen primarily used in the production of synthetic rubber.

“Anytime you’re dealing with hydrocarbons or petrochemical fuels, you have the high possibility of there being carcinogenic chemicals that can cause health problems,” said John Beard, founder of Port Arthur Community Action Network. “We’re at a point where you just really can’t afford to not consider all sources of pollution.”

Beard has traveled to Austin since the 2019 explosion to testify before TCEQ about TPC, and said the recent release shouldn’t be dismissed because it was a small amount.

“The amount doesn’t matter,” he said. “There’s no such thing as a small amount when you’re talking about something that can be dangerous to life and death.”

Beard noted a number of fines placed on the facility, including a $500,000 fine from the Occupational Safety and Health Administration that stemmed from the explosion.

“That means to me that TPC just hasn’t learned anything from this incident,” he said.