Port in a COVID storm: International seafarers get vaccine… 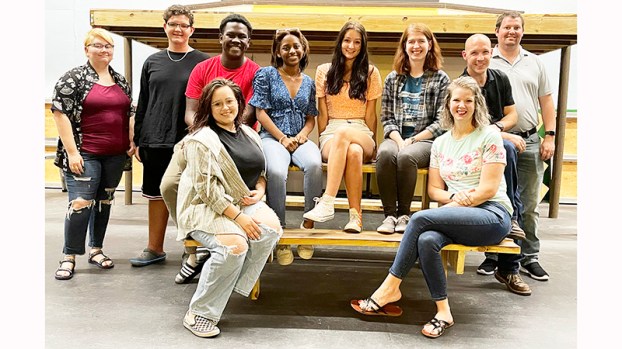 Be still your hearts, Rydell High fans: Danny and Sandy are married.

But so are Danny and Rizzo.

At least, in the Port Arthur Little Theatre world.

Rehearsals began this month for the company’s production of “Grease.” And with previous regulations against audience capacity lifted, the theatre group is kicking off summer with a blockbuster hit.

Director Debbie Pletcher recently named two casts — one of adults, one of teens.

The double casting helps in the event of a character’s unavoidable absence, but it also serves another purpose.

“With ‘Grease’ I wanted to do an adult cast and a teen cast because it’s set in high school, but seeing the movie, none of those are high school students,” she said. “Those are adults. And I didn’t want to leave the adults out because everyone loves ‘Grease.’”

It’s a point that’s proven by Addison Hernandez, who drives in from Lumberton for rehearsals. The 17-year-old high school student will play Sandy in the teen production.

“I really love ‘Grease,’” she said. “My mom grew up watching ‘Grease,’ so I’ve always been around it.”

Her adult counterpart is very familiar with the show, returning to the stage for the first time in seven years to be a part of it.

But this time, it’s a family event.

Courtney Austin, of Nederland, has been cast as Sandy. Her husband, Nic Austin, will play Danny. And their 7-year-old daughter, Lorelei, is a part of the ensemble. There was no sign of stage fright as she excitedly danced beside her mother Thursday evening.

Although he’s not quite as comfortable on stage as his daughter, this will be his first stage production since playing the Scarecrow in a high school production of “The Wizard of Oz.”

Port Arthur native Madison Goudeaux, however, has made a home at the building on Jimmy Johnson Boulevard.

“I’ve been here for nine years, so I don’t even know what number production this is,” said the 17-year-old cast as Patty Simcox. “I started with camp. I was really shy and my mom said, ‘You need something to do. You need to talk.’ And now I can’t stop talking.”

Tickets can be purchased at www.palt.org.

Cast members in order of appearance: