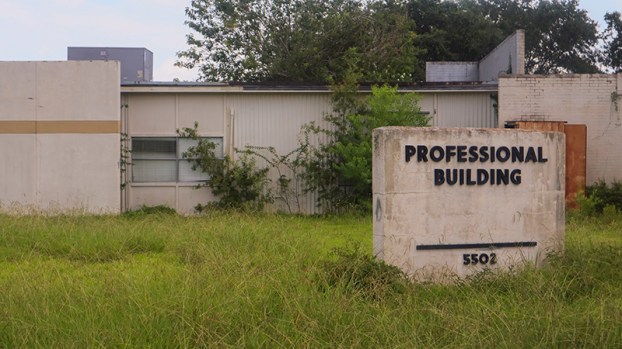 Groves city officials will meet with the owners of the former Renaissance Hospital to go over potential plans for the property. (Chris Moore/The News)

GROVES — Groves city officials and the owners of the former Renaissance Hospital will meet next week to discuss the future of the property located at the corner of Texas 73 and 39th Street.

The meeting follows a string of incidents at the empty facility, which includes last week’s indictment of a Vidor man who was allegedly caught burglarizing the building in April. 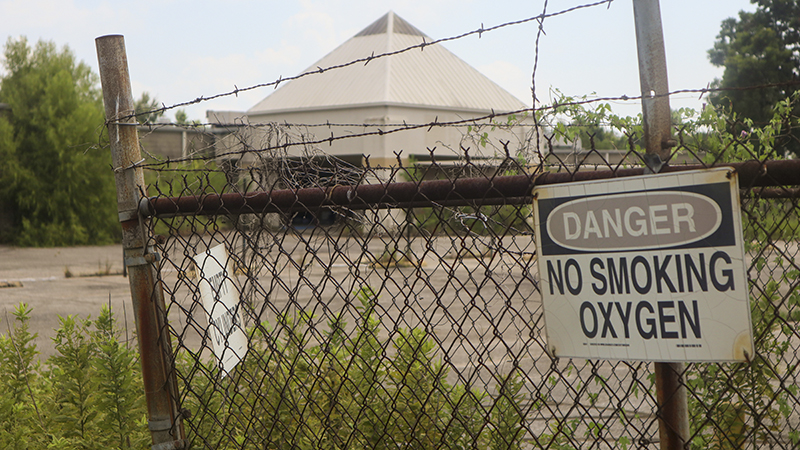 A Vidor man was indicted last week for burglary after breaking into the building in late April. (Chris Moore/The News)

Groves City Manager D.E. Sosa said he would meet with members of the Southeast Texas Medical Center, which owns the building, on Aug. 3.

The building has been vacant for approximately eight years, Sosa said. It was once owned by local doctors before changing hands multiple times.

“The bank ended up selling it to a third party that we didn’t know about,” Sosa said. “When they sold it, the guy never showed up to reopen the hospital. Later on, the FBI showed up and it seemed like this guy was just a con guy. That was when it shut, and a few years later, the Medical Center bought it.”

Sosa said the Medical Center wanted to tear it down and put an emergency room right there. 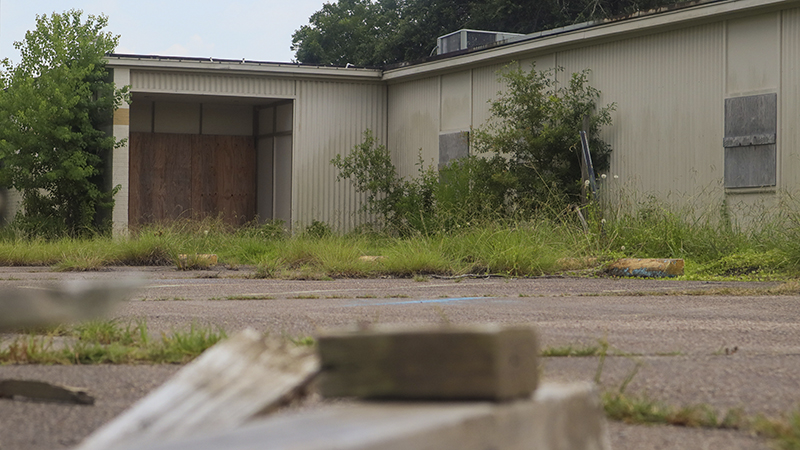 The building has been empty for approximately eight years. (Chris Moore/The News)

“It was a good idea,” he said. “They wanted to take advantage of all of the people who would come from Orange County. (The Medical Center) was bought out, and the new management didn’t want to do that. Now, they are just trying to get it in someone’s hands that will tear it down and try to get the property back in a productive mode.

“Right now, the building is not an asset; it is a liability. It has been without air-conditioning and controlled air for so long that I am sure there are all kinds of issues with mold and everything else. As far as we know, the only thing that can be done with the building is for it to be torn down.”

Demolishing the building could prove to be a costly endeavor. The city manager said the old bank across from Luby’s cost $400,000 to tear down.

“If it was a house, we would put it on our codes hearing,” Sosa said. “We have money budgeted to tear down dangerous and empty structures in neighborhoods. It could cost half a million dollars to tear that thing down. It depends on what you find. I can’t expose the tax payers to that kind of liability. We are staying far away from it unless we need to have the grass cut and the fences repaired.”

Sosa said the Medical Center does well about taking care of problems and does well keeping the grass maintained from month to month.

“That being said, it is a very attractive nuisance with the price of copper right now,” he said. “Our police department has had nothing but problems. We have arrested several people for trying to steal copper out of the building.”

Sosa said he is optimistic about the upcoming meeting.

A spokesperson for The Southeast Texas Medical Center said there was no comment on the planned meeting or the future of the building.