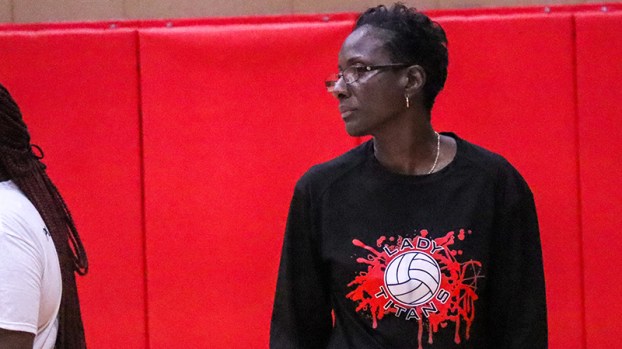 For Memorial volleyball, coaches and players have a clear vision as to what the program can become. The young team has only two seniors taking the court this year, and cultivating the team’s potential is the first priority.

“Our challenge is getting them to learn the system of play,” head coach Debra Harris said. “They are very young. Everything is like a year behind.”

Harris said the team is talented and dedicated, which are two inherent traits.

The program is in the last week of the strength and conditioning. Next week, high school athletes across the state will start two-a-day camps.

Harris is used to the cyclical nature of high school sports. Many coaches have to struggle with young teams before getting the payoff of having a veteran group.

“I can see it,” she said. “I can see the vision. You have to see that and keep the end in mind. This group is very talented as far as physical skills. They have been here since Day 1 in the summer. We are going back to basics on fundamentals. They are buying into it.”

“It is always good to have those who have been in the program for a while and are more seasoned,” Harris said. “It helps get the younger ones ready to be leaders, but I do have a couple that are sophomores that I can see that are leaders. They are aggressive and have a love for it. They are joining these AAU elite teams.”

Martin said she and her teammates have put in the work this summer.

“I feel like we have worked to get to this point,” she said.

Harrison said she has been encouraged by the way the team has practiced.

“I feel like if they keep practicing, they will get better,” she said. “It is working. We have gotten way better.”

Last year’s schedule was pushed back and tournaments were wiped from schedules due to the pandemic. Harrison said she has enjoyed a return to normalcy.

“It feels better,” she said. “It feels way better.”

Washington said the team’s time together during the spring and summer games have brought the Lady Titans closer.

“If we keep working hard and being coachable, we can do it,” she said. “We have been working out and keeping a good attitude and being competitive.”

The Lady Titans start the season Aug. 7 with a scrimmage against Silsbee before kicking off the non-district schedule against Orangefield Aug. 10. Memorial will play Nederland to start district play Sept. 10.

“We got a lot of compliments from other coaches at the spring and summer leagues,” Harris said. “They tell me how great they are going to be and tell them that they will be great in a year or so. My goal for them is to become a little bit more competitive than they were last season… We did compete and that is what the principal wanted. He wanted us to compete and have more effort and commitment. That is our goal to continue that and win more games.”