“God was here with me” — Port Arthur home… 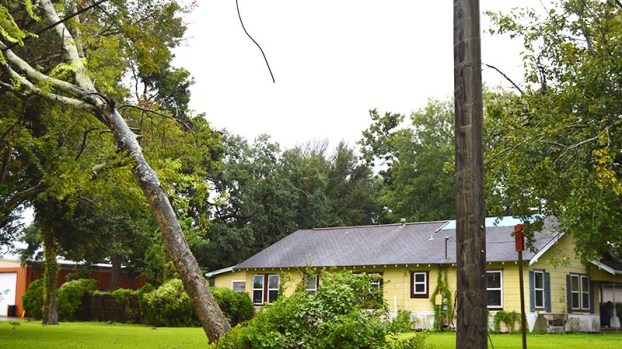 NEDERLAND — The anxious moments for Nederland officials and residents came between midnight and 4 a.m. Tuesday as the threat of Hurricane Nicholas loomed large over the city.

The worry was the storm would hug the Texas Coast, avoid landfall and deliver strong winds to Jefferson County.

That ultimately did not happen, but the storm’s impacts were felt.

City Manager Chris Duque said there were reports of transformers that popped so Nederland residents did experience power outages.

There were no reports of street or home flooding.

“We are seeing impacts to our sewer system with the amount of rainwater that infiltrated into the system,” Duque told Port Arthur Newsmedia just before 10 a.m. Tuesday. “Hopefully, things are returning to normal within the next few hours.

“We had some limbs fall down. Probably, a lot of that was dead stuff from the winter storm or last year’s hurricanes that had not fallen. The wind gusts we had from midnight to 2 a.m. contributed to that.”

Duque said the city is fortunate and would be announcing a garbage schedule after lunch Tuesday to finish the week.

Residents having any drainage issues are asked to contact the City of Nederland so crew members can check on the concerns.

Police Chief Gary Porter said officers did not have any storm-related emergencies.

“The streets seem to all be passable,” he said. “I saw some limbs down around town a little bit and there were some power outages south of Highway 365. Other than that, we faired the storm pretty well.”

According to the Nederland Independent School District, school will resume on Wednesday, along with all activities.